Why daunting Dolphins rebuild will be done The Brian Flores Way 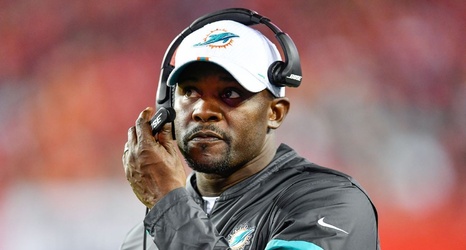 DAVIE, Fla. -- Brian Flores often thinks back to those tiny rooms that served as his second home as a young New England Patriots employee beginning in 2004.

In his early years as an entry-level scout and then coaching assistant, Flores shared a work room with men who remain close friends. First it was DuJuan Daniels, a college teammate of Flores' from Boston College, who joined the Patriots as a scout after a Flores recommendation. Then it was fellow coaching assistant and current Dolphins defensive coordinator Patrick Graham, with whom he connected over an office printer.