When Are We Going To Start Giving Tagovailoa The Credit He Deserves? 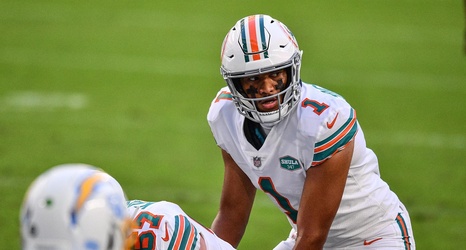 Looking back at the events of the past year, if you told me at the end of last season that our team would be 7-4 right now, that we’d have one of the most talented and accomplished quarterbacks ever to come from the college ranks — much less to ever be brought into the Miami Dolphins organization — and that his serious injury would be 100% healed, he’d be 3-1 as a starter, have a passer rating eleven points higher than the guy who was drafted with the first overall pick this past Spring, while throwing for six touchdowns and zero interceptions, I’d have said you were crazy, that not even Hollywood would believe such an improbable story.