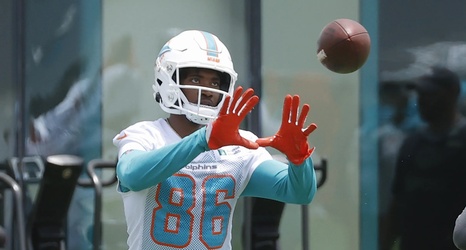 The Miami Dolphins have two superstars at wide receiver in Tyreek Hill and Jaylen Waddle. Both of those guys have been very impressive in training camp, which should surprise no one. What is surprising is the performances of the rookie receivers, Erik Ezukanma and Braylon Sanders, as both of their names have been brought up several times the past couple of practices. Sanders went undrafted out of Mississippi and had interest from several different NFL teams. But after talking to Wes Welker, Sanders felt he would be the perfect person to learn from considering Welker was also not drafted.