The Splash Zone 8/21/19: Ryan Fitzpatrick Or Josh Rosen? No One Is Quite Sure 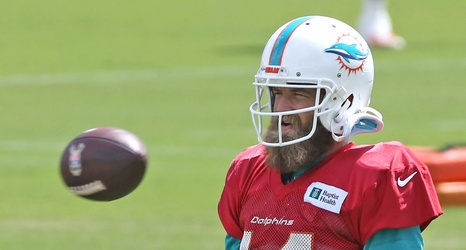 Tomorrow Ryan Fitzpatrick will start against the Jacksonville Jaguars and that doesn’t mean anything according to Brian Flores. The first year head coach has yet to make a decision on the team’s regular season starter at quarterback and we should hopefully find out who it will be after this game. Many fans want Josh Rosen to start as he’s looked the best so far and has seen more playing time than Fitzpatrick.

Top News: Ryan Fitzpatrick & Josh Rosen Focused On Improving, Not QB Battle
Both quarterbacks have remained on target about pointing to a bigger goal.