The Splash Zone 7/12/21: Would Ricky Williams Have Made It To Canton? 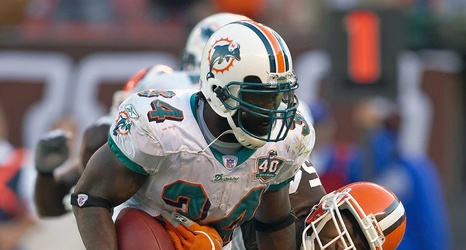 Ricky Williams was one of the best running backs the Dolphins had ever had. He would have needed 302 more yards to surpass the Dolphins all time leading rusher, Larry Csonka (6737) and he would have probably smashed those numbers had he not missed so much time due to his use of marijuana at the time. Williams was a joy to watch when he was on the field and he believes that if the NFL was more accepting of the use of marijuana, he would have earned himself one of those gold jackets.