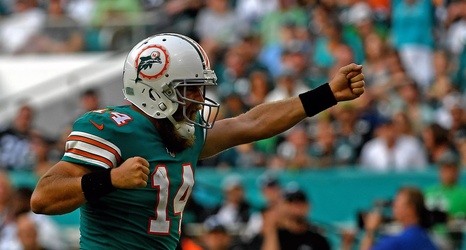 Ryan Fitzpatrick feels he is playing his best football right now and Sunday he threw multiple highlight reel plays thanks to DeVante Parker. The way Fitzpatrick has been playing since taking the reigns from Josh Rosen has justified Brian Flores’ quarterback decision as all three wins have come with the Bearded Wonder at quarterback. Fitzpatrick has a fiery personality and his teammates enjoy being around him which won’t surprise anyone when the team keeps him around to help whatever rookie quarterback the team decides to bring in.