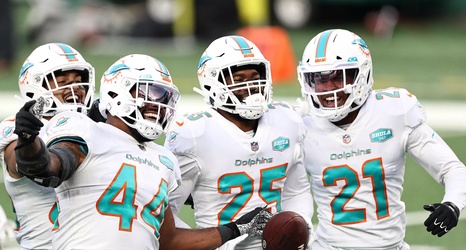 The Miami Dolphins have been given another primetime game with this one coming of December 26th against the Las Vegas Raiders. As of right now, the Dolphins (7-4) hold the 6th playoff spot in the AFC with the Raiders (6-5) holding the 9th. So you can bet this game is going to hold a ton of playoff stakes for these two teams.

NFL moves Bucs-Lions, 49ers-Cardinals, Dolphins-Raiders to Saturday in Week 16 - ProFootballTalk
When the NFL unveiled its schedule for the 2020 season, they left five Week 16 games unscheduled because they would decide later about which of them would be played on Saturday, December 26.