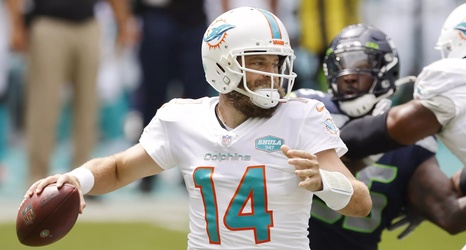 It’s not Tua Time yet, as the Dolphins are sticking with Ryan Fitzpatrick for their week 5 contest against the San Francisco 49ers. But the fact that the official team page had to tweet out that Fitzpatrick was starting, should indicate that a quarterback change could be on the horizon. It’s not that Fitzpatrick played that bad against the Seahawks, it was because he just didn’t do enough as the team had all the chance to win on Sunday. Yes, you can hear the footsteps in the background, but those Tua footsteps should be getting louder every week.