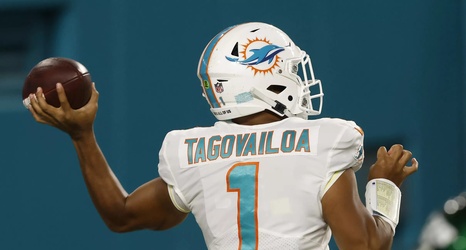 I am sure you have already heard, but the Dolphins are making a quarterback change. That’s right, Tua Tagovailoa has been named the starter and will take over those duties next week against the Rams, after the team’s bye week. This sort of came out of nowhere as Ryan Fitzpatrick wasn’t playing that bad. But perhaps the plan was to start Tua after the bye week.