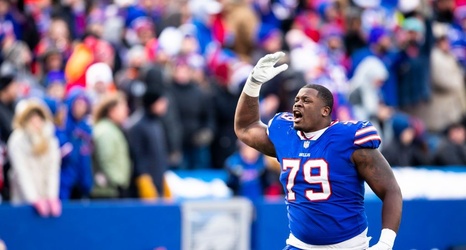 DAVIE (AP) — Veteran offensive lineman Jordan Mills has signed a $3 million, one-year contract with the Miami Dolphins and becomes the front-runner to start at right tackle this season.

Mills started every game the past three years for the Buffalo Bills, and has 82 starts in six NFL seasons. He was a fifth-round draft pick by the Chicago Bears in 2013.

Mills is a candidate to replace right tackle Ja’Wuan James, who signed a four-year deal with Denver in March after five seasons with the Dolphins.