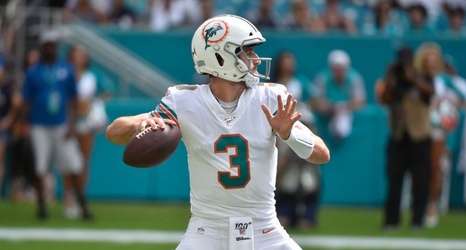 DAVIE (CBSMiami/AP) — Josh Rosen will be replacing Ryan Fitzpatrick as the Miami Dolphins’ starting quarterback when the team takes on the Dallas Cowboys this Sunday, according to The Associated Press.

The Dolphins are turning to the second-year pro in an effort to jump-start a team that has been outscored 102-10 in the first two games.

A person familiar with the decision by rookie coach Brian Flores confirmed the change to The AP on condition of anonymity Thursday because the team had not announced it.

Rosen can’t fix all of the rebuilding Dolphins’ many problems, but he’s considered a potential franchise quarterback and will make his first start for Miami at Dallas on Sunday.