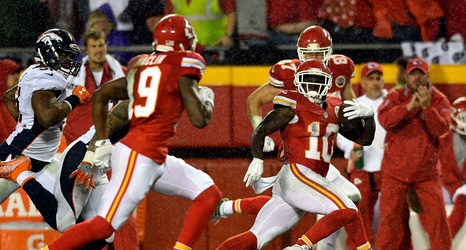 Three of the AFC’s six playoff spots were still unclaimed heading into Sunday. At the end of the night, all three had been filled. The Pittsburgh Steelers, Kansas City Chiefs, and Miami Dolphins all locked up trips to the postseason following a Steelers win over the Baltimore Ravens and a Chiefs win over the Denver Broncos. Miami beat the Buffalo Bills on Saturday to set up a clinching scenario of needing a Broncos loss.

Week 17 is still needed in the conference to sort out the seeding, to include the New England Patriots and Oakland Raiders both trying to clinch the top seed as well as Kansas City trying to catch Oakland for the AFC West title.