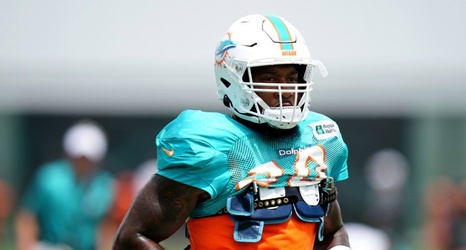 MIAMI (CBSMiami) – Cutdown day in the NFL is never easy on anyone.

The Dolphins, like the rest of the league, had to get down to 53 players on Tuesday.

It was no easy task for general manager Chris Grier as the roster is as deep as it’s been in recent years and a number of players contributed to the team with strong showings in training camp.

Keep in mind, players not picked up by another team can be resigned to the practice squad.

Linebacker Benardrick McKinney was a fairly big surprise, as the veteran acquired from a Houston was a starter for much of camp.