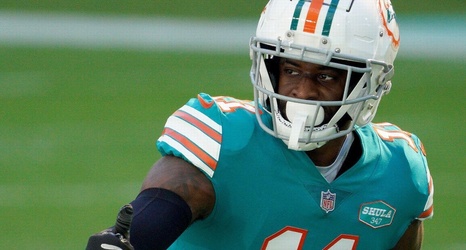 MIAMI -- Dolphins wide receiver DeVante Parker has been placed on injured reserve after he suffered a setback in practice Thursday with his hamstring injury.

Parker, who caught a season-high eight passes for 85 yards against the Buffalo Bills in Week 8, had missed the team's previous three games with the hamstring injury before returning last week and now will be out through at least Week 11.