Miami Dolphins trades haven’t worked out at RB this year 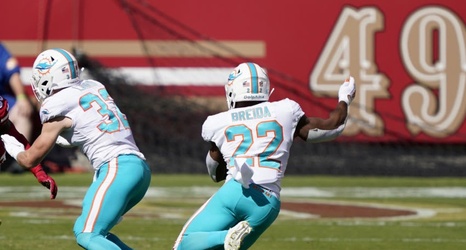 SANTA CLARA, CALIFORNIA - OCTOBER 11: Matt Breida #22 of the Miami Dolphins carries the ball against the San Francisco 49ers during the first half of their NFL football game at Levi's Stadium on October 11, 2020 in Santa Clara, California. Miami won the game 43-17. (Photo by Thearon W. Henderson/Getty Images)

The Miami Dolphins thought they could make some trades and solve the RB spot. They were wrong.

From free agency to the draft to the NFL trade deadline, the Miami Dolphins failed to address one of their biggest needs and are paying for it.

Looking over what the Dolphins have done this off-season, here are the hits, the misses, and the mistakes.