Miami Dolphins need to remember the trenches next offseason 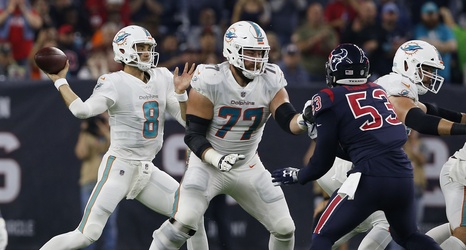 In the midst of a huge rebuild, the Miami Dolphins are trying to build a team that can win consistently over the next decade. Miami has already done the hard part with accumulating both draft picks and cap flexibility to fill in a good number of holes that the teams have on the roster. To me, the most glaring holes, outside of the quarterback position, are right in the heart of the action: the offensive and defensive lines.

Obviously, the Dolphins need a quarterback, as Ryan Fitzpatrick is clearly not the long term answer, although he has been somewhat fun to watch at times this year.