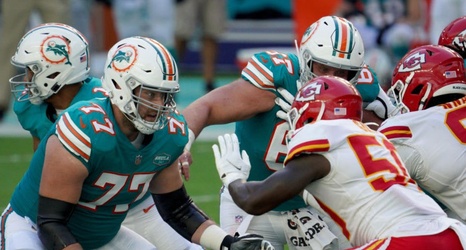 Jesse Davis is the highest-paid offensive lineman on the Miami Dolphins roster. The Dolphins could save money by cutting him but they shouldn’t.

In 2021, Jess Davis, a backup guard and tackle, will take up $4.5 million of the Dolphins cap. In the overall scheme of things, his contract is pretty good, but he is not a starter despite starting almost every game he has played in during his four years with the Dolphins.