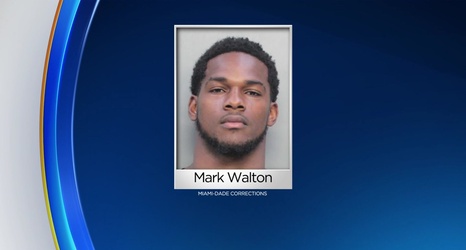 DAVIE (CBSMiami) – The Miami Dolphins have waived running back Mark Walton after he reportedly attacked a pregnant woman.

According to Davie police, around 4:15 a.m. got into an argument with the woman. As it grew more heated, Walton pushed the woman, who is five weeks pregnant, up against a wall and “punched her several times in the face and head,” according to his arrest report.

Walton is the father of the child the woman is carrying.

He was arrested and charged with aggravated battery on a pregnant woman.

The Dolphins then announced that they had let him go.