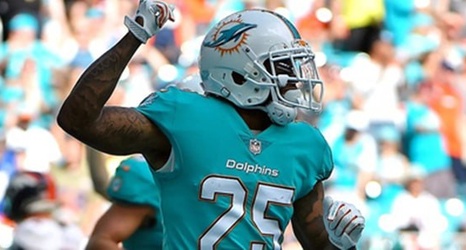 One day after one of the biggest upset wins in team history, the Miami Dolphins woke up to some sobering news, as cornerback Xavien Howard was arrested overnight on domestic battery charges.

Howard, drafted in the second round of the 2016 draft and considered one of the bright young stars of a rebuilding project in Miami was recently signed to a 5 year, $76.5 million extension.

According to the Davie police report, Howard got into a verbal argument with his fiancé over recent purchases, and things became physical when Howard grabbed her arm and pushed her back against a mirrored glass wall, and she then fell to the floor.