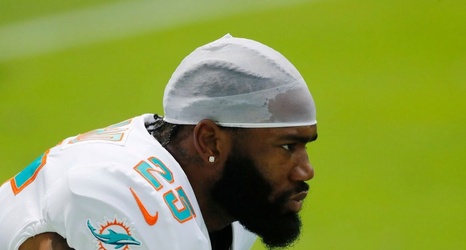 MIAMI (CBSMiami/AP) – Reigning NFL interception leader Xavien Howard was a no show for the first day of the Miami Dolphins mandatory minicamp.

The reason? The All-Pro cornerback wants a new contract from the team.

The Dolphins have had talks internally about Howard’s contract, coach Brian Flores said. But even Flores sounded unsure when — or if — Howard would be arriving for the three day camp that serves as the team’s final official work before training camp next month.

“Quite honestly, I don’t think, I’m not sure he’s going to be here today,” Flores said.