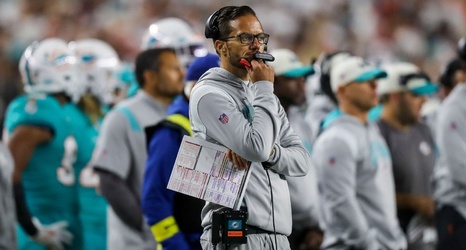 MIAMI -- Dolphins coach Mike McDaniel isn't ignorant of the criticism surrounding how quarterback Tua Tagovailoa was handled following an apparent head injury against the Bills on Sept. 25; he's aware of what people's opinions are.

But he isn't wasting thought on them.

Speaking to local media Wednesday, McDaniel said any skepticism about whether he or the Dolphins were negligent in allowing Tagovailoa to play against the Cincinnati Bengals, four days after sustaining the apparent head injury against the Bills, would be "crumbling" it were coming from the people he's in service to.