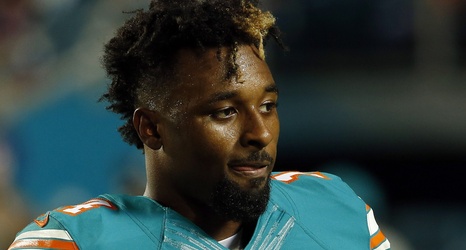 Congratulations to wide receiver Jarvis Landry, who has become the Miami Dolphins' single-season receptions record holder today. He started the day with 89 receptions, one shy of the team's record held by O.J. McDuffie. McDuffie set his 90-reception mark in 1998, surpassing the 86-receptions former record held by Mark Clayton in 1988.

Landry is in his second season in the NFL, setting the team's rookie receptions record last season with 84.

McDuffie's 1998 season saw him start all 16 games for the Dolphins, catching 90 passes on 186 targets. He tallied 1,050 yards with seven touchdowns.

Landry entered the day with 89 receptions on 135 targets, with 922 receiving yards.