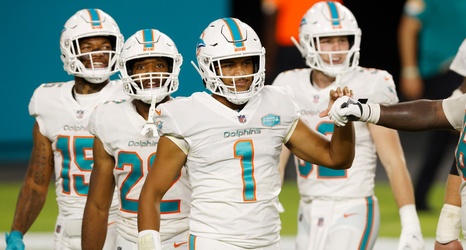 (CBSMiami)- The anticipation is building for Sunday’s Dolphins game with rookie quarterback Tua Tagovailoa set to make his debut against the Los Angeles Rams. While Tua’s coaches and teammates have professed their excitement to see the rookie in a game, another media personality already has a strong opinion before he ever takes snaps as a starter.

CC Sabathia, the former Cleveland Indians and New York Yankees pitcher, now a podcast host, said on The Bill Simmons Podcast on Wednesday that he believes Tua will be “the Philip Rivers” of his draft class.

Further elaborating, Sabathia said, “I think he ends up the third-best out of these three quarterbacks this year.