How a bong changed the course of the Miami Dolphins future 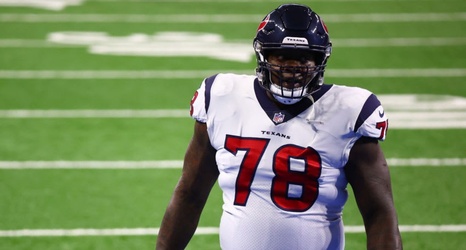 DETROIT, MI - NOVEMBER 26: Laremy Tunsil #78 of the Houston Texans participates in warmups prior to a game against the Detroit Lions at Ford Field on November 26, 2020 in Detroit, Michigan. (Photo by Rey Del Rio/Getty Images)

The Miami Dolphins are rebuilding their franchise and after two trades made today, they are certain to keep the influx of college talent coming.

Miami has made two big trades today but we need to go back to a bong video that made all of this happen. In 2016 the number one overall projected player was Laremy Tunsil but in the hour before the draft was to begin, a video of Tunsil smoking a bong surfaced.