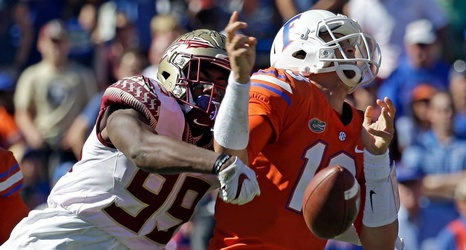 Dolphins general manager Chris Grier has suggested he would be influenced more by what happens in interviews than on the field during the NFL Combine.

Nevertheless, a few things that happened on the field – or during measurements – in Indianapolis recent days likely will affect Miami’s first round options.

u25aa Any hopes that Mississippi State defensive end Montez Sweat would last to the 13th pick appear to have diminished after Sweat ran a 4.3 in the 40-yard dash, the fastest Combine time ever for a defensive end.

Get six months of free digital access to the Miami Herald