For some Miami Dolphins players, 2019 was a lifelong dream 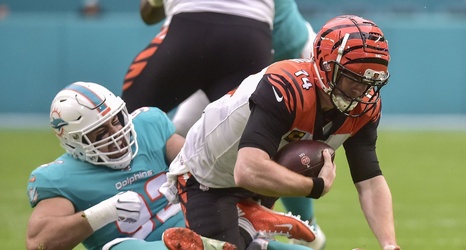 On Sunday, the Miami Dolphins improved to four wins on the season and that win dropped them from a potential second overall draft pick to a 5th. Was winning really all that important?

While some, myself included, questioned the idea of playing Ryan Fitzpatrick when the season was lost and a draft pick position was on the line, Brian Flores didn’t care what we thought and he didn’t care about the draft. Weeks ago he told the media that he could not stand in front of his team and tell them he wasn’t giving them the best chance to win.