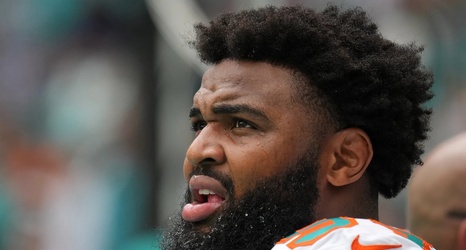 The injury report for the Miami Dolphins and New York Jets Week 11 showdown is fairly short for a game so late in the season. The Dolphins side of the report only listed two players, while the Jets side included three players. No one was ruled out for the contest.

The Dolphins included linebacker Andrew Van Ginkel and defensive lineman Christian Wilkins on their report. Van Ginkel has been dealing with a back injury that had him limited in practice all week, while Wilkins has a quad injury that kept him out of Wednesday’s practice, then had him return on a limited basis Thursday and Friday.