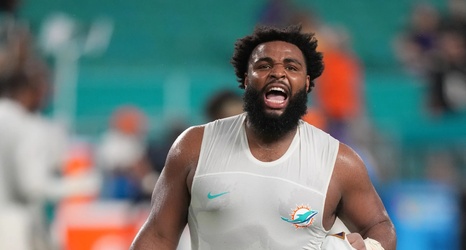 The Miami Dolphins will likely be facing quarterback Joe Flacco on Sunday when they kickoff against the New York Jets it was reported early on Wednesday. Flacco will be the third different starter New York has had this season, with four quarterbacks, including Flacco, having already made appearances on the year. Rookie Zach Wilson has struggled in his assimilation to the NFL game while also dealing with a knee injury.

According to Wednesday’s injury report, Wilson was limited in practice for the Jets. Also limited were defensive lineman Nathan Shepherd with a knee issue and offensive lineman Alijah Vera-Tucker with a toe injury.