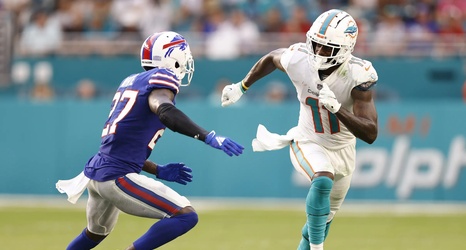 Miami Dolphins wide receiver DeVante Parker remains questionable for this weekend’s game against the Buffalo Bills. The seventh-year veteran receiver has not played sine Week 4 as he deals with hamstring and shoulder issues. Parker started the year as the team’s number one receiver, but appears to have been surpassed by rookie Jaylen Waddle at this point. However, his presence on the field opens up options for quarterback Tua Tagovailoa and creates confusion for defenses as they try to defend by Parker and Waddle.

Parker has 17 receptions for 242 yards (14.2 yards per reception) with a touchdown so far this year.