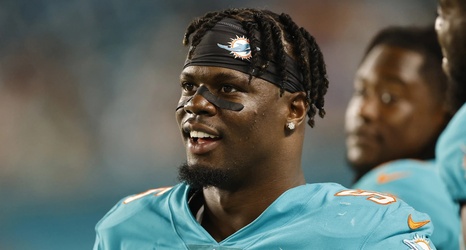 The Miami Dolphins will be without starting middle linebacker Jerome Baker as they face the Buffalo Bills Sunday afternoon. As the team released their inactive list, Baker’s name joined the expected list of players not suiting up for the game. Baker injured his knee during last week’s game against the Atlanta Falcons and, while it is not believed to be a serious injury, it will now force him to sit for at least a week.