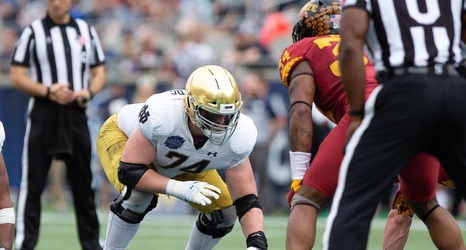 The Miami Dolphins rookie draft class is signed, sealed, and delivered. Literally. After signing second-round draft pick Liam Eichenberg to his rookie contract, general manager Chris Grier has now secured his entire 2021 rookie class and all have reported to training camp on Tuesday. In fact, the entire 91-man Dolphins roster reported for the start of training camp.

Eichenberg, 23, took over as the starting left tackle for the Notre Dame Fighting Irish in 2018. From that point on, he never relinquished the position, starting in every game for the team through the 2020 season.