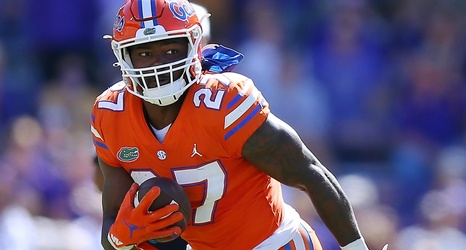 Running backs don’t normally warrant consideration for a team’s top draft pick often. Nor should they, as I’m in the camp that a back is not a high-end pick unless he’s exceptional and the missing piece on a contender.

But then again, most teams making this decision are doing so on Thursday night with their first round pick. Miami doesn’t have that problem, thanks to trading for superstar WR Tyreek Hill. The Dolphins do not pick until the third round with overall pick #102.

So, does running back merit consideration there? Although the Dolphins made two signings this offseason at the position, I’d still say it’s at least worth considering, especially when there’s a player of the ilk of Dameon Pierce potentially waiting there.