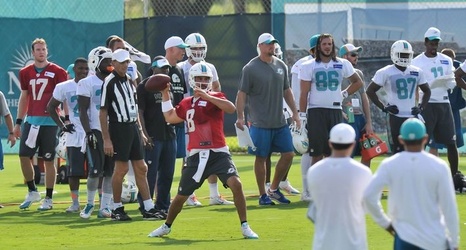 The Thursday Night Football game kicking off Week 3 featured a young, rising team dominating their way to an early season win. The unexpected part for many was that it was the Miami Dolphins, led by stellar performances from quarterback Ryan Fitzpatrick and running back Myles Gaskin, beating up on the Jacksonville Jaguars. So many had seen Gardner Minshew and the Jaguars as the team on the rise, but, on Thursday, it was clearly the Dolphins who looked the best.

“We got off to a good start,” head coach Brian Flores said after the game.