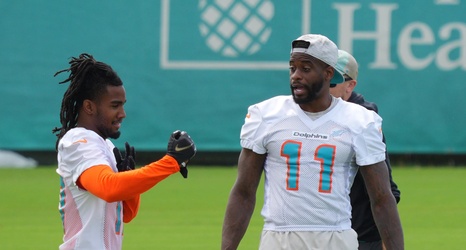 The Miami Dolphins have activated wide receiver DeVante Parker from the reserve/Physically Unable to Perform list. The wide out joined the team during Monday’s practice. Parker began the team’s 2021 training camp as one of four players designated for the PUP list, along with offensive lineman D.J. Fluker, linebacker Elandon Roberts, and wide receiver Preston Williams. Fluker has since been added to the injured reserve list.

Williams was added to the reserve/COVID-19 list on Monday.

The team also announced the signing of free agent tight ends Sal Cannella and Khalif Jackson. Canella was undrafted out of Auburn in 2020.