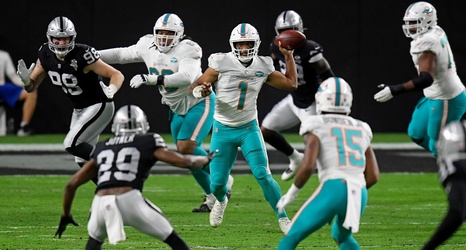 NFL Network analyst and former first-overall NFL Draft pick David Carr appeared on NFL Total access on Friday. During the appearance, he was asked about the Miami Dolphins and their future with quarterback Tua Tagovailoa. He heaped the praise on Miami’s second-year quarterback, who he believes will turn into Steve Young as he continues to grow in the league.

“I just think back to when I went from my rookie year to my second year and how much more comfortable I felt,” Carr began. “So Tua’s going to be in the same situation, as all young quarterbacks are.