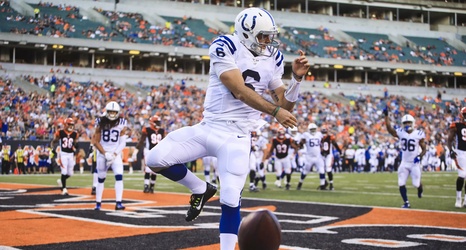 The Indianapolis Colts have promoted practice squad quarterback Chad Kelly to the team’s 53-man active roster, according to ESPN’s Adam Schefter. The move could signal the Colts do not believe starting quarterback Jacoby Brissett will be available for Sunday’s game against the Miami Dolphins.

Brian Hoyer would start if Brissett is not available, with Kelly serving as the backup.

Kelly was a seventh-round selection in the 2017 NFL Draft by the Denver Broncos. The nephew of Hall of Fame quarterback Jim Kelly, Chad started his college football career at Clemson but was dismissed from the program after two years.