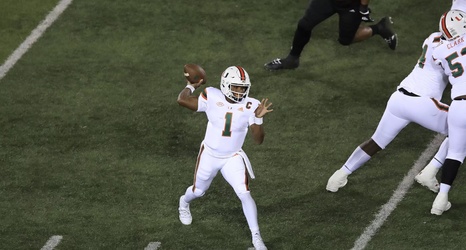 This afternoon’s Cheez-It Bowl takes place just up the road for the Miami Hurricanes, in Orlando Florida. The Canes enter the game ranked 18th in the country and will face the 21st ranked Oklahoma State Cowboys. The Hurricanes enter the game with a 1 and 2 record against ranked teams this season. On the other side of the ball, the Cowboys are 2 and 2 against ranked teams this season.

Oklahoma State comes into the game following their final game of the season, back on December 12th, in a route over the Baylor Bears at Baylor 42 to 3.