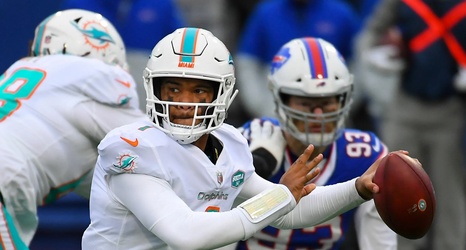 The Buffalo Bills travel down to Florida this weekend to face the Miami Dolphins in a game that could set up the AFC East for the season. The 1-0 Dolphins could take a commanding 2 game - plus the head-to-head tie break - over the 0-1 Bills, who are projected as the presumptive division champion and possible AFC Champion. An early season game that actually has a lot riding on it will obviously get one of the marque television coverages for the weekend.

Or, so you would think. The vast majority of the country will not have any idea this game is happening.