Big plays against the Ravens, a sign that the Dolphins’ offense is headed in the right direction? 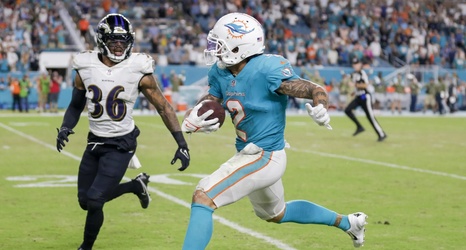 The Miami Dolphins rank 31st in yards per play at 4.8 and escaped Thursday night football with an average of 5.6 yards per play in a 22-10 win over the Baltimore Ravens.

Miami’s offense has struggled to get much of anything going through 10 games. The unit, led by co-offensive coordinators Eric Studesville and George Godsey, is scoring 17.7 points per game. Additionally, Trent Dilfer believes that Charlie Frye is also strongly involved in the offensive game plan.

Dilfer, in an interview with Rich Eisen, credited Frye with the motion Miami uses before the play.