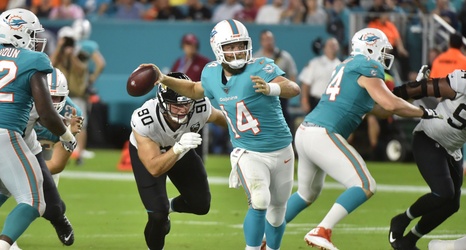 The Miami Dolphins might be one of the more active teams this off-season and Bill Barnwell of ESPN took a stab at what could happen in this year’s meat market. With each move, dominos fall, how did the Dolphins fair?

The first big domino to fall would be the landing spot of Tom Brady. In the first scenario, Brady lands with the Chicago Bears and as a result, Mitchell Trubisky is traded to the Dolphins for Josh Rosen. While it wouldn’t be the worst trade as Rosen has shown little at this point, it is unlikely that Miami would make a move for a QB that has struggled most of his NFL career.