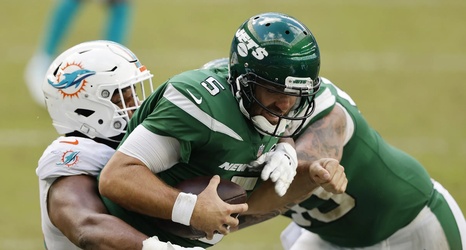 come off a long break from their Week 10 Thursday Night Football win over the Baltimore Ravens (-6) to face the New York Jets (+3.5) in a Sunday afternoon game. The 10 days between games has, hopefully, allowed the team some much needed rest and recovery time, especially since they are still three weeks away from their bye week for this year.

Miami is 3-7 on the season, having won their last two games after a seven-game losing streak. It has not been a pretty season for the Dolphins, who were expected to be in the playoff chase this year, but over these two wins, they have started to look more like the team we all expected to see this season.