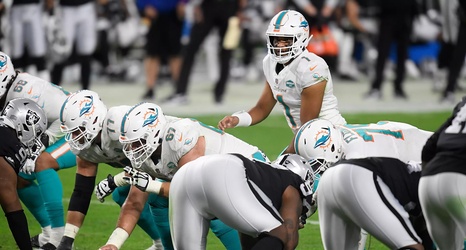 The Miami Dolphins head toward the 2021 offseason with clear needs on offense. The team, having built the defense into a championship-caliber unit, should spend free agency and the 2021 NFL Draft looking to put weaponry around second-year quarterback Tua Tagovailoa. According to NFL.com’s Bucky Brooks’ first 2021 NFL Mock Draft, that is exactly what the team will do.

Miami has two picks in the first round this year, giving them an opportunity to add some of the most dynamic prospects in this year’s selection process. Their first pick, the third-overall selection, comes as a part of the team’s trade with the Houston Texans in 2019, a deal that sent left tackle Laremy Tunsil and wide receiver Kenny Stills to Texas for multiple picks.