2016 Dolphins Have Company In This Year’s Bears 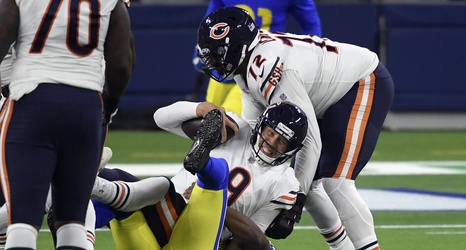 We all remember how exciting the 2016 season was for us, as Dolphin fans. Some of the groundwork for the team’s success that year was laid months earlier, in the draft, when left tackle Laremy Tunsil unexpectedly fell into their laps at the thirteenth overall pick, and GM Chris Grier smartly traded up in the second round to grab Pro Bowl corner Xavien Howard, whom the other team today’s discussion is about — the Chicago Bears — badly wanted.

Finishing 6-10 the year before and having just hired the hot coaching commodity at the time, Adam Gase, the Dolphins would struggle early, losing three of their first four games.