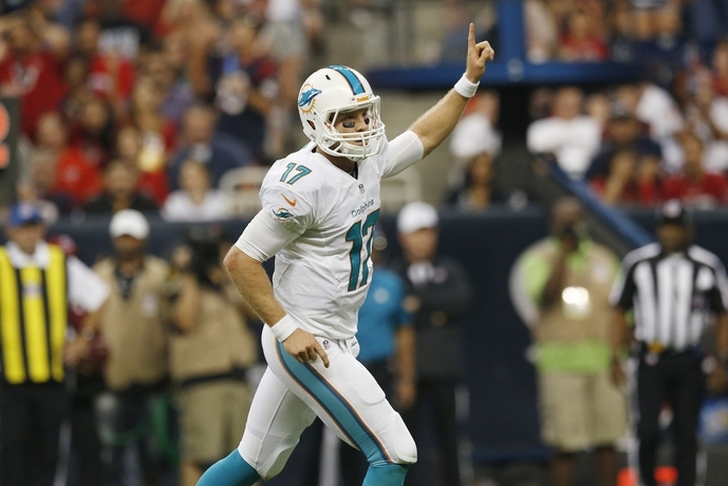 The Miami Dolphins have been close to making the playoffs each of the last few seasons. Head coach Joe Philbin is getting one more chance to get the Dolphins to the postseason. The pieces are in place for the Dolphins to make it happen. Here are four reasons why the Dolphins will win the AFC East this season.

The New York Jets and Buffalo Bills have talent, but they lack a quarterback. The New England Patriots could be without Tom Brady for the first four games and have issues in the secondary. The AFC East has been dominated by the Patriots for years, but this might be the Dolphins best chance to knock off New England while Brady is still playing.

With Ndamukong Suh, the Dolphins have one of the best defensive lines in the NFL. They've got great pass rushers and have some depth too. The defensive line should be able to control the line of scrimmage in most games this year.

Jordan Cameron, DeVante Parker, Greg Jennings and Kenny Stills are welcomed upgrades in Miami. Cameron could be in for a massive season, as catching passes from Tannehill is an improvement over what Cameron had in Cleveland. Jarvis Landry could very well catch 100 passes. Lamar Miller is back and could be even better this season. The Dolphins' offense will be improved.

Tannehill signed a big contract extension and he's worth it. He's the franchise QB Miami has been looking for since Dan Marino retired. Tannehill will have a huge season that will vault him into the discussion of top 10 QBs in the NFL. He's a budding superstar. With Tannehill, the Dolphins will be playoff threats each season.

Follow our Miami Dolphins team page for the latest Dolphins news and rumors!