3 Things We Learned About The Miami Dolphins This Offseason 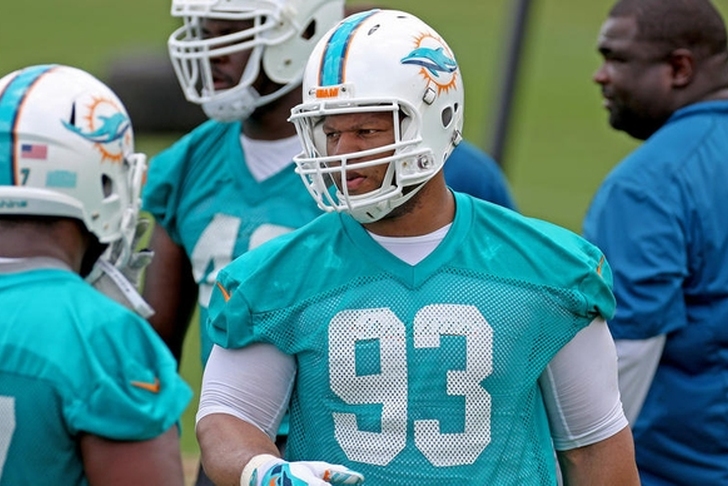 The Miami Dolphins fell out of the playoff race with a disappointing end to the 2014 season, but the time is now to turn the page and get ready for a whole new season of ups and downs on South Beach. Here are 3 things we learned about the Dolphins this offseason:

3) Ndamukong Suh is here to dominate

There are detractors who have reservations about the sheer amount of cash money that the Dolphins forked over to land Ndamukong Suh, but money aside, there's no reason to doubt the havoc that Suh is about to impart on offenses in the AFC East. He is one of, if not the biggest impact defensive player in all of football. When offenses inevitably double team him, that's going to open up plenty of opportunities for the rest of the Dolphins' rush to do damage.

2) Dolphins are all-in on Lamar Miller

Miller rushed for over five yards per carry in 2014, posting his first 1,000-yard rushing season (1,099) while crossing the goal line eight times on the ground. Add in his work as a developing safety valve for Ryan Tannehill in the passing game (38 receptions, 275 yards, 1 TD in 2014), and Miami has a fantasy football breakout candidate in its midst.

1) It's Ryan Tannehill's time to shine

Most NFL quarterbacks show their true colors in the fourth season of their rookie contracts, with a few years playing at NFL speed under their belts. There were times in 2014 where Ryan Tannehill looked like an emerging star, and a plummeting interception rate (down from 2.9% to 2.0% from 2013 to 2014) portends even bigger things for the talented signal caller in 2015.

Follow our Miami Dolphins team page for all the latest Dolphins news and rumors!