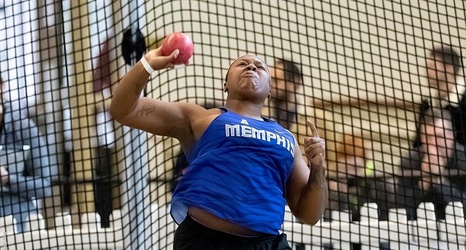 CAPE GIRARDEAU, Mo. – University of Memphis' was a double-winner in leading the Tigers track and field squad's effort at the Southeast Missouri's Redhawks Open Friday. The meet was a one-day event held at the SEMO Recreation Center.

It was the second time this season McMiller was a double-winner at a meet and the fifth time in her career. She took the top spot on the podium in both the women's shot put and weight throw Friday.