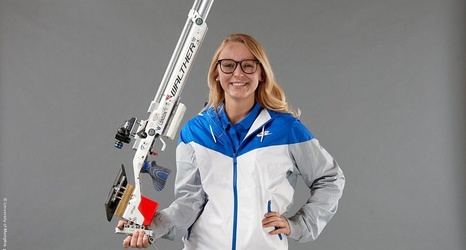 Weisz is one of four shooters that will represent the United States in the Summer Olympic Games in Tokyo, Japan, in late July-early August. The other three U.S. rifle Olympians are Lucas Kozeniesky, Will Shaner and Mary Tucker.