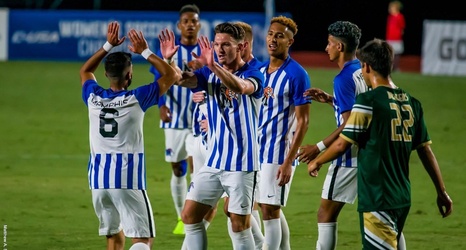 "You have to have contributors each year, and these five stepped up this season," Head Coach Richard Mulrooney said. "At the end of the day, we got 10 wins this season, and they were a big reason for that.