Tigers fall to Bearcats in OT 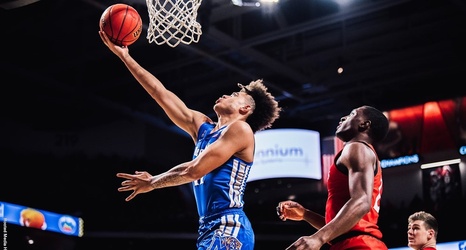 CINCINNATI – The University of Memphis did its best Thursday night to do what no other American Athletic Conference team has done this season: beat the Cincinnati Bearcats at Fifth Third Arena.

The Tigers gave it their best shots, and forced overtime, but couldn't hold on as Cincinnati claimed a 92-86 victory before a sold-out crowd of 12,000.

The Bearcats had won each of their five home games and it appeared as if a sixth wasn't going to materialize, but UC was able to overcome a 10-point deficit with 6:11 to go.

The Tigers got 22 points and a career-high 17 rebounds from Precious Achiuwa, while Boogie Ellis scored 19 and Lester Quinones had 18.