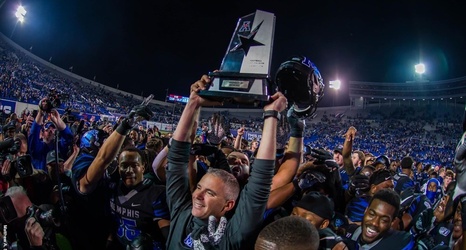 As for being an American Athletic Championship game, that will have to wait a week when the same two teams meet again. If it's anything like Friday's game, expect another four quarters of what a crowd of 36,472 witnessed.

Memphis outlasted Cincinnati, 34-24, to earn its third-straight West Division title and the right to host next Saturday's conference title game.